Sound Times is Closed until further notice because of COVID-19

Please free to add community events that are useful and interesting to consumer survivors, Mad people, people who use drugs. Events should be free, and listings should state whether they are accessible. We will review and post those most relevant. We may not be able to accommodate all requests but we appreciate your interest and participation.

Back to Sound Times 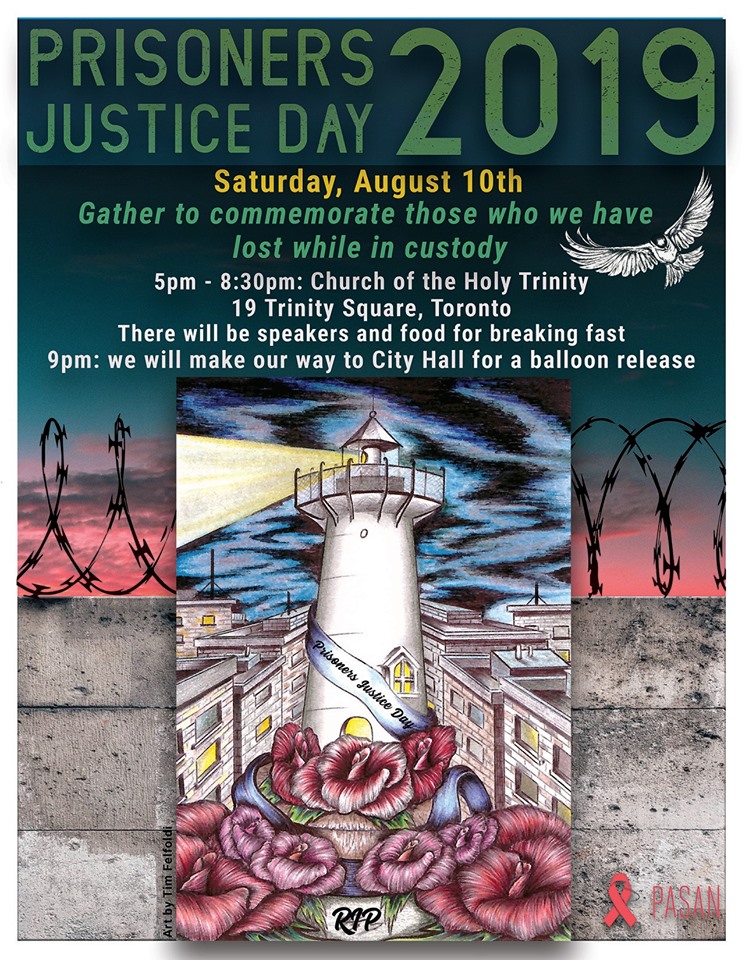 August 10th, a day set aside to remember, and bring visibility to, all those who have died inside our prisons. Wherever you find the shackles of oppression you also find the spirit of resistance. There are a great many prisoners who were and still are involved in the struggle for prisoners’ rights within the walls.

Every year on August 10, prisoners fast and refuse to work in a show of solidarity to remember those who have died unnecessarily — victims of murder, suicide and neglect.

It’s the day to raise issue with the fact that a very high rate of women experiencing incarceration is on a steady rise.

It’s the day to remember that there are a disproportionate number of Indigenous persons, African, Caribbean and Black (ACB) communities, sex workers, immigrants and refugees being held in our jails.

The day to oppose prison violence.

The day to increase awareness that, in their fight for freedom and equality, the actions of many political prisoners have been criminalized by government.

The day to raise public awareness of the systematic racism and colonialism in our correctional institutions, and the inadequate health and mental care for all prisoners and additional support for members of LGBTQ2S communities.

Finally, this day is set for prisoners and their allies to honour the memory of those who have died while in custody and to stand in solidarity with the thousands of prisoners who are demanding changes to the inhumane and dehumanizing environments, they are housed in.