The ways we talk about government money

When governments claim they don’t have enough money they can justify big cuts to programs like ODSP and OW. Keep this in mind when you read the news. And when you are advocating for yourself and community, you may want to emphasize that 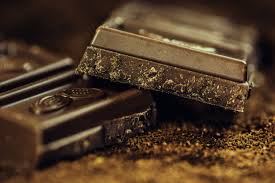 Some analysis of the review by the Canadian Centre for Policy Alternatives by Trish Hennessy, Ricardo Tranjan:

Frame job: Ontario’s review of the books is an ideological exercise 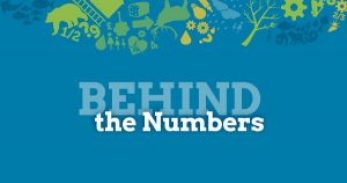 …The EY report claims claims total real public spending in Ontario ballooned by 55% over the past 15 years. Without context, that looks like a shocking number, but as we know, context is everything.

[Tim: spending has increased slower than the growth of the economy] For instance, buried in the report (p.12) there is a much more relevant piece of information: “[G]overnment expenditures as a portion of GDP have shrunk over the relevant 15 year time period for Ontario (CAGR of -0.7%).”

In other words, the government may be spending more, but the economy is growing at an even faster pace.

For instance, on health care, the report states: “Real expenditure in hospitals has grown by 2.3% … while at the same time in-patient days have grown by 0.2%.”

Are in-patient days really an adequate measure of the need for more hospital services?

The report makes a number of recommendations for the government to “optimize investment”, including:

Reducing the “regulatory and administrative cost burden”, which really means deregulation—putting the corporate foxes in charge of the hen house.

“Asset optimization”, which is double-speak for selling off public assets and privatizing public services. “Imposing competitive pressure on public sector providers”—yet another way of saying privatization.

“Workforce optimization” and “no involuntary job losses”, which is double-speak for public sector staffing cuts by attrition (downsizing in the 1990s).

“A modern relationship with everyone whose employment is largely funded by Provincial expenditures” would be what, precarious, on-demand jobs?

“A renewed approach to formal labour relations that invites labour to participate directly in the benefits of productivity improvement” simply signals a government ready to do battle with Ontario’s public sector workers.

“Driving efficiency”, which is really just priming the pump for major automation of the public sector. In fact, the report talks about “the opportunity and requirement for the Ontario public sector to significantly accelerate its leadership position in the Ontario economy to capture and provide further opportunity for maximizing the impact of Ontario in innovation in artificial intelligence, blockchain, machine learning, and associated technologies.”

Noticeably absent in the review was any discussion about Ontario’s revenue problem. There was no review of increased government tax expenditures to facilitate decades’ worth of tax cuts and tax credits. That wouldn’t fit the frame.

What about increasing Taxes to save programs for survivors?