Impact of drug laws on people who use drugs – Frank Crichlow

I have been asked to speak to you today about the impact of our drug laws on people who use drugs, in particular on racialized communities.
Tent

Our response to drugs and our drug policies has very little to do with the “dangers” of any drugs themselves. The way we view police and treat drug users has always and continues to be based largely on fear and on political or economic gains.

An American academic author, Michele Alexander, argues that the current War on Drugs is nothing less that a continuation of the race war by other means. She describes how our current drug law’s stem not only from racist bias but are unequally enforced. In addition they then reinforce the poverty of black Americans by excluding by excluding them from jobs, student loans, public housing and even food stamps.

The situation is not much better in Canada.

In Toronto, black youth are 3 times more likely to be stopped by the police than non-black youth (Policy Accountability Bulletin, May 2014) and the proportion of young black inmates in Canada has spiked recently. 10% of inmates are black, although they only make up 2.5% of the Canadian population (2013 stats). Aboriginal men and women are also over represented in the prison system. And these arrests or imprisonments are justified largely in the name of drug policies.
Further, poor people are more likely to be targeted and more harshly punished for their drug use.

If you are wealthy it is very easy for your drug use to go undetected. If you are poor, especially if y

ou are homeless or live in social housing , it is very difficult to not come to the attention of the police before to long. And remember that research such as “The Colour of Poverty” report has shown us that people of colour are more likely to be poor in Toronto.

The way that we are handling the overdose crisis is also a big problem. When you call 911 for help in an overdose, the police still come. And we hear stories all the time of people being searched and harassed by the police when they were just trying to get help for friends and family members. Fears of eviction mean that people avoid calling 911 at the scene of an overdose in low-income housing. How can someone feel safe enough to call 911 when they might be homeless if they do? 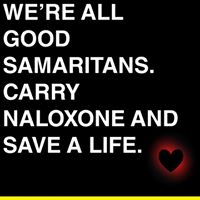 People who use drugs are forced into situations nobody should ever have to experience. We call it being “poisoned by policy”.

Sentencing differences for white men and black men are another example. We see black and aboriginal peoples over represented in Canada’s prisons. Crack possession can get someone far more prison time than cocaine. For what reason?

But black communities are targeted for selling crack.

In closing I would like to add that we need to ensure the voices of current and former people who use drugs are heard and are not front and central when the government makes public policy. I am a board member for the Canadian Association of People who use Drugs (CAPUD) for the Ontario region. CAPUD is a national drug user’s Union focused on increasing the human rights of people who use(d) drugs. We are activists , first and foremost, fighting for our lives during a overdose epidemic. Our board of directors is made up entirely of current and former people who use drugs. CAPUD has grown over the years by being attentive to issues raised by our membership, and by focusing on ending the war on drugs. One of the strongest steps we can take to address the overdose crisis is to decriminalize drug use, and start looking at how to build better drug policy.
Thank you kindly.

2018 Reprinted with permission from Frank Crichlow, Harm Reduction Worker, Board Member of CAPUD for the Ontario Region.

COVID-19 and persons with psychosocial disabilities

COVID-19 and People who use Drugs

If you have COVID-19 you should stay home, isolate, wash hands etc.... but what if someone doesn't? And what is…
CONTINUE READING

Because of Coronavirus Sound Times office is CLOSED until further notice. You can contact your worker by phone: 416-979-1700

COVID-19 and persons with psychosocial disabilities

COVID-19 and People who use Drugs